I've been doing this for the past five or so years, because it's always nice to look back and see what has happened in my life over the past year. My life is basically fandom-based, so that's what the majority of this is, but I wanted to at least include a few other things too.
FAMILY AND FRIENDS 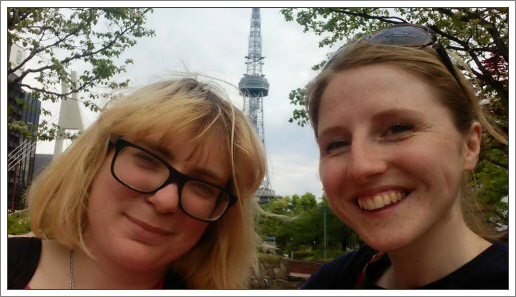 In May, my friend Laura from back in the UK came to visit Japan (and me). It was a super quick decision she made, since we discussed it when I was in the UK at Chrismas last year, but I was really glad she came. We took a trip to Tokyo for two days, doing some tourist things that I hadn't ever done either (we went up Tokyo Tower, and also walked through some of the parks and gardens in the city), and also took a trip to Kyoto where I'd never been before (I remember that day as being exhausting because there are STEPS EVERYWHERE). The rest of the time we spent in Nagoya where I showed her a bit of my own life here. She was only there for a week so it was really busy and exhausting, but we had a lot of fun and I hope she can come back again some day. 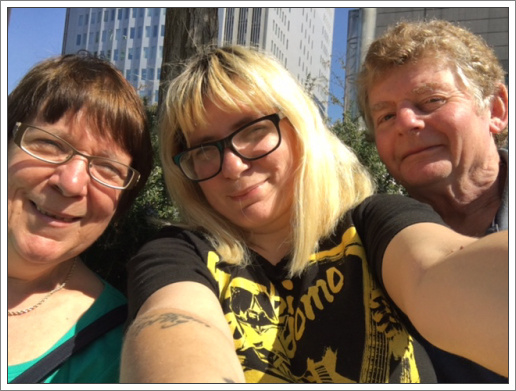 Second visitor of the year was my parents, who visited in October for two weeks. The last time they came was only six months after I first moved here, and so it was nice for them to come back now I'm a lot more settled here. As we'd visited Tokyo the last time they came we decided not to go again, but we did travel to Osaka to go to Universal Studios during Halloween, and to Nara to hang out with some deer. And again, the rest of the time we spent in Nagoya. We went to karaoke, visited some of my favourite places, and spent a lot of time relaxing too. We even went to some places that I'd never been to either. They even managed to spend some days finding things to do all alone since I had to work some days. I took my mum to see MAG!C PRINCE and we saw a little of BOYS AND MEN too. It was nice to show them those kinds of things too, and not just the reguar tourist things. 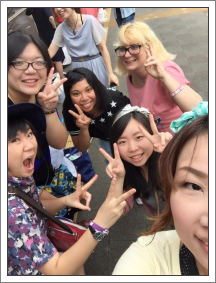 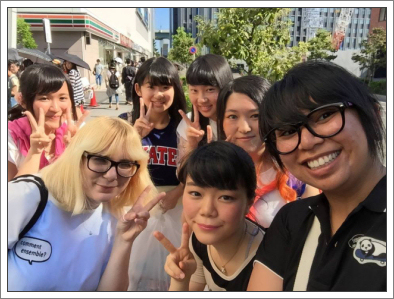 Aside from those two special visits, I also had the pleasure of spending time with a lot of other awesome people. On the left, me with Tina and the wonderful BOYS AND MEN fans from Taiwan, who have travelled several times this year to Japan to watch them. That particular photo was taken in July at the group's summer festival. In the middle, some of the Japanese fans we've seen several times throughout the year. Of course, this doesn't include all the other awesome people I've met this year who I don't have pictures with.( Collapse )
I think that's about it? I'm sure there must be things I've forgotten and I really must keep track of my life better, but these are all the things that came to mind. I think this is long enough anyway.
Collapse